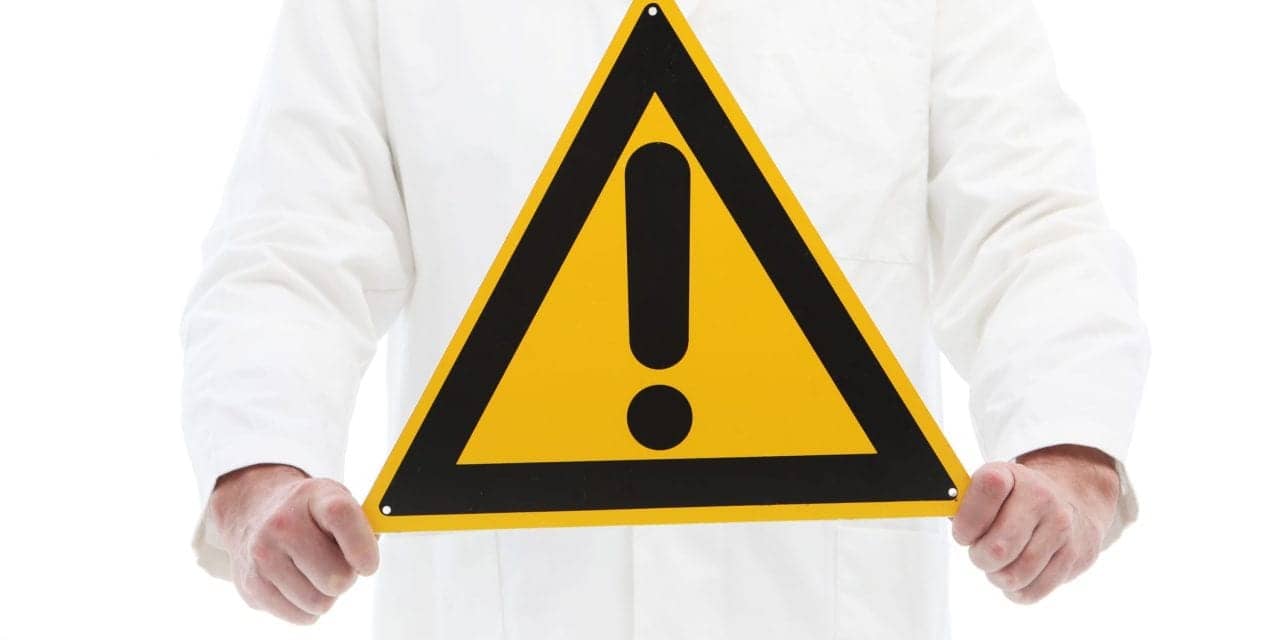 An FDA-approved drug for restless legs syndrome is included.

The US Food and Drug Administration (FDA) is warning that serious breathing difficulties may occur in patients using gabapentinoids who have respiratory risk factors.

Respiratory risk factors include the use of opioid pain medicines and other drugs that depress the central nervous system (CNS), and conditions such as chronic obstructive pulmonary disease (COPD) that reduce lung function. The elderly are also at higher risk.

There is less evidence supporting the risk of serious breathing difficulties in healthy individuals taking gabapentinoids alone.The FDA will continue to monitor these medicines as part of its routine monitoring of all FDA-approved drugs.

Quotes from the FDA

“With the evolution of the opioid crisis, getting ahead of new concerns or addressing those that are already evident requires examining signs of misuse and abuse as soon as any signal emerges,” says Douglas Throckmorton, MD, deputy director for Regulatory Programs in the FDA’s Center for Drug Evaluation and Research, in a release.

“Reports of gabapentinoid abuse alone, and with opioids, have emerged and there are serious consequences of this co-use, including respiratory depression and increased risk of opioid overdose death.

“In response to these concerns, we are requiring updates to labeling of gabapentinoids to include new warnings of potential respiratory depressant effects. We are also requiring the drug manufacturers to conduct clinical trials to further evaluate the abuse potential of gabapentinoids, particularly in combination with opioids, with special attention being given to assessing the respiratory depressant effects.

“Our goal in issuing today’s new safety labeling change requirements is to ensure health care professionals and the public understand the risks associated with gabapentinoids when taken with central nervous system (CNS) depressants like opioids or by patients with underlying respiratory impairment. However, we do not want to unintentionally increase opioid use by turning prescribers away from this class of pain medications.”

Among 49 case reports submitted to FDA over the 5-year period from 2012 to 2017, 12 people died from respiratory depression with gabapentinoids, all of whom had at least one risk factor.

The FDA also reviewed the results of two randomized, double-blind, placebo-controlled clinical trials in healthy people, three observational studies, and several studies in animals. One trial showed that using pregabalin alone and using it with an opioid pain reliever can depress breathing function. The other trial showed gabapentin alone increased pauses in breathing during sleep. The three observational studies at one academic medical center showed a relationship between gabapentinoids given before surgery and respiratory depression occurring after different kinds of surgeries. It also reviewed several animal studies that showed pregabalin alone and pregabalin plus opioids can depress respiratory function.

Sleep Review contacted Arbor Pharmaceuticals and and was advised it has no comment at this time.

The FDA says health care professionals should start gabapentinoids at the lowest dose and monitor patients for symptoms of respiratory depression and sedation when co-prescribing gabapentinoids with an opioid or other CNS depressants such as a benzodiazepine. Patients with underlying respiratory disease and elderly patients are also at increased risk and should be managed similarly.

Health care professionals and patients should also report side effects from gabapentin, pregabalin, or other medicines to the FDA’s MedWatch program.

Patients and caregivers should seek medical attention immediately if you or someone you are caring for experiences symptoms of respiratory problems, because these can be life-threatening. Symptoms to watch for include:

Melatonin’s Heart Protective Effects Not Related to its Antioxidant Properties

What You Need to Know About the Summer Solstice and Sleep

More Americans Are Taking Melatonin to Help Them Sleep. Is It Safe?