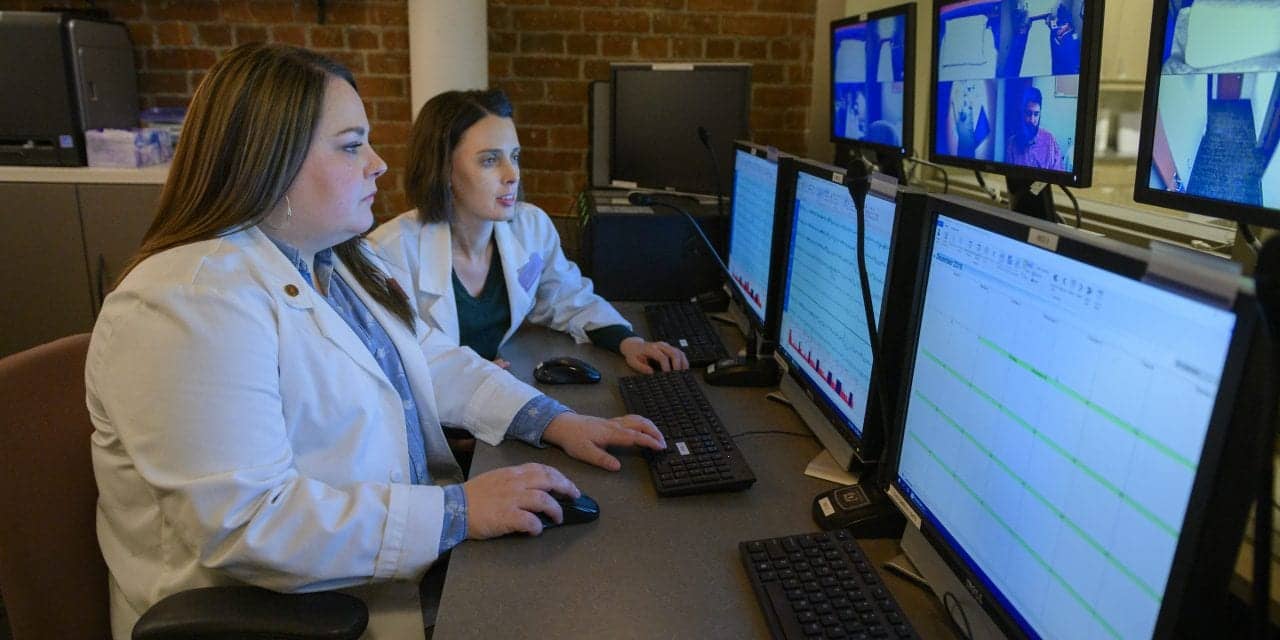 A new study conducted by researchers at Washington State University (WSU) shows that individuals with chronic sleep-onset insomnia who pulled an all-nighter performed up to twice as bad on a reaction time task as healthy normal sleepers. Their findings were published in the online journal Nature and Science of Sleep.
Poor daytime functioning is a frequent complaint among those with insomnia, says lead author Devon Hansen, PhD, an assistant professor in the Elson S. Floyd College of Medicine and a researcher in the WSU Sleep and Performance Research Center. But previous studies have found that their daytime cognitive performance is not significantly degraded, seemingly suggesting that it is a perceived issue that does not reflect a real impairment. The WSU study of individuals with sleep-onset insomnia revealed that the impairment may in fact be real but hidden during the normal day—yet exposed after pulling an all-nighter, which impacted them much more than age-matched control subjects.

The finding caught the WSU research team by surprise.

“There has been a theory about what perpetuates insomnia that focuses on hyperarousal, an activation in their system that keeps those with insomnia from being able to wind down when they go to bed,” Hansen says. “We thought that this hyperarousal would protect them to some extent and had hypothesized that their performance after a night of total sleep deprivation would be better than normal healthy sleepers. Instead, we found the exact opposite.”

Hansen, who in a previous career worked as a therapist in a sleep clinic, says the study adds credibility to insomnia patients’ experiences. She also says it serves as a warning to poor sleepers that they should try to maintain a regular sleep schedule and avoid pushing their limits by staying up all night.

The research team studied 14 volunteer participants. Half of the group consisted of individuals who had chronic sleep-onset insomnia, the inability to fall asleep within 30 minutes for at least three nights a week for more than three months. The other half were healthy normal sleepers who served as controls. The two groups of participants were matched in age, with all participants aged between 22 and 40 and an average age of 29 for both groups.

Participants spent a total of five days and four nights in the sleep laboratory. They were allowed to sleep normally during the first two nights. They were kept awake the next night and following day—totaling 38 hours of total sleep deprivation—followed by a night of recovery sleep.

During their time awake, participants completed a series of performance tasks every three hours. This included a widely used alertness test known as the psychomotor vigilance test (PVT), which measures participants’ response times to visual stimuli that appear on a screen at random intervals. The researchers analyzed PVT data for lapses of attention (that is, slow reaction times) and false starts (that is, responses that occur before the stimulus appears), comparing the findings between the two groups both before and during sleep deprivation.

Before sleep deprivation, the insomnia group’s performance on the PVT looked very similar to that of the control group. However, as soon as sleep deprivation started, the researchers began to see a dramatic increase in lapses of attention and false starts in the insomnia group. At one point during the night, their performance was twice as bad as that of the healthy normal sleepers.

“Our study suggests that even with a few hours of sleep deprivation—which people routinely experience for work or family reasons—those with sleep-onset insomnia may be much more impaired than those who normally sleep well at night,” Hansen says. “This may increase their risk of errors and accidents whenever time-sensitive performance is required, such as while driving or when focused on a safety-critical task.”

Hansen cautions that since their study looked specifically at individuals with sleep-onset insomnia, their findings may not hold up in other insomnia subtypes, such as sleep-maintenance insomnia—which is characterized by difficulty staying asleep—and terminal insomnia—which involves early-morning awakenings. She plans to repeat the study in those groups to find out.